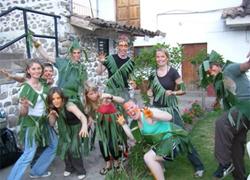 NEW YORK – August 12, 2010 – Swapping pumpkins for banana leaves, roasted turkey for dorowat and cookie-baking for a game of Gena Chewata are just a few of the ways Projects Abroad volunteers have spent the holiday season across the world. Americans who crave this once-in-a-lifetime, philanthropic experience should consider planning a volunteer trip with Projects Abroad this fall and winter, as it presents the perfect opportunity to become fully immersed in another culture and get a taste of a whole new set of holiday traditions.

"Each year many Americans choose to volunteer with Projects Abroad during the holiday season and have the unique opportunity to combine their traditions with new and unexpected traditions of cultures across the globe,” said Projects Abroad’s Vice President Thomas Pastorius, Jr. “Part of what makes an experience with Projects Abroad so special is that our volunteers are welcomed into the home of a host family, providing a complete sense of community and immersion into the local customs."

Volunteers in Peru, many of whom were clad in a homemade banana-leaf costume, celebrated Halloween with a traditional Peruvian lechon (pork dish) and tamal (traditional corn dish) meal in a local restaurant, followed by a volunteer-organized night of games, Halloween-themed quizzes and prizes. Others played a messy game involving not-so-hard boiled eggs, foregoing the American tradition of “trick-or-treating” and candy consumption. Meanwhile, in Romania volunteers enjoyed cake and created Halloween-themed decorations for children in a foster home, while volunteers in Bolivia dressed as pirates for a special themed event.

Just as with Halloween, many volunteers have found Christmas celebrations vary greatly from country to country.

In Ethiopia, which celebrates Gena (Christmas) on January 7, volunteers took part in traditional activities by cooking special meals of dorowat (spicy chicken sausage,) sigawot (spicy sheep, goat, cow or ox stews) and injera (flatbread) and attending several church services. In the afternoon, men and boys gathered for a popular game called Gena Chewata, a hockey-like sport believed to have been played by shepherds on the night Jesus was born.

In Fiji, forget the snow – volunteers found themselves singing the local rendition of "I’m dreaming of a bright Christmas" and dining on a traditional Fijian Christmas dinner, lovo, which includes rice, cassava, chicken and vegetables cooked beneath the ground under hot rocks, paired with an herbal kava drink.

Volunteers in Tanzania gathered for a small Christmas celebration on December 23, and then again on Christmas Day with their host families. After trekking through streets to midnight mass alongside other churchgoers proudly sporting their new Christmas outfits, families gathered for festive dinners involving the slaughtering of a goat. Volunteers also spent New Year’s Eve with their host families and attended a traditional Tanzanian party with live music, bright colors and lots of food.

In Peru, volunteers celebrated with a traditional Peruvian Christmas consisting of a late-evening meal on December 24, followed by another large dinner on December 25, which many times involves feasting on a whole pig. Volunteers participated by ordering special panetton (Christmas bread) and chocolate, and also experienced the traditional pig-slaughtering.

Spending the holidays in the largely Muslim-populated Senegal was particularly unusual for volunteers, as Christmas has little religious significance to the local people. However, volunteers put together a special celebration involving Christmas cards (which, if left within reach, have been known to be devoured by goats), a “bonus” hour of Internet time from a local cyber café, playing games on the beach with the local children, as well as a special meal consisting of a combination of the previous week’s leftovers along with aubergine (eggplant) and fried egg.

Projects Abroad volunteers can volunteer for as little as two weeks, or up to several months, depending on their particular interests and schedules. It’s an ideal way to spend time away from school or work, while learning about a new country and pitching in to make a difference in the lives of many. For more information on planning a volunteer trip with Projects Abroad this holiday season, visit www.projects-abroad.org.

Projects Abroad was founded in 1992 by Dr. Peter Slowe, a geography professor, as a program for students to travel and work while on break from full-time study. The program had its genesis in post-USSR Romania, where students were given the chance to teach conversational English. After a few years just sending volunteers to Eastern Europe for teaching, the company expanded to sending volunteers of all ages around the world on a wide range of projects. 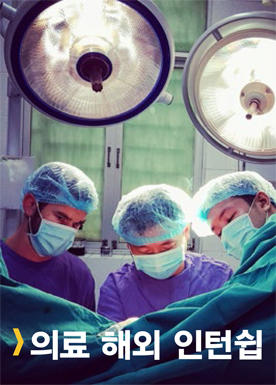